DOWNLOAD THE PDF PROGRAMME (NOTE: On September 28, 10am-12.30pm Rewild Communities event should be Robsack Wood not Church in the Wood. See Event page.) 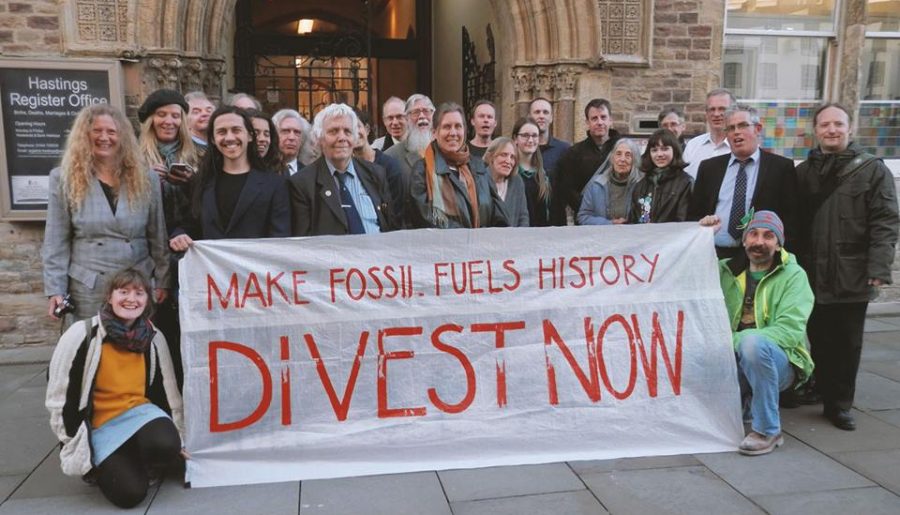 It makes no sense to invest in companies that undermine our future. We need an apartheid-style boycott to save the planet – Desmond Tutu

According to David Attenborough “we could face irreversible damage to the natural world and the collapse of our societies” unless we take rapid and dramatic action to tackle climate change.

East Sussex County Council (ESCC) is currently helping to fund climate change by investing £145 million of the East Sussex Pension Fund in the giant oil, coal and gas companies like BP and Exxon.

Join us on 24 September to find out how you can get involved in the global campaign to get institutions like East Sussex County Council to divest from (that is, move their money out of) fossil fuels.

This event will include a screening of the short film Divest – the story of the first-ever international grassroots campaign to successfully use economic pressure to help bring down a government (apartheid South Africa).

Active since 2016, Divest East Sussex is part of the global movement that has already successfully divested over 1,000 institutions (collectively managing over $8 trillion in assets) from fossil fuels. More info: https://divesteastsussex.wordpress.com/

ABOUT THE DIVEST FILM

This special short film from the Emmy Award-winning series Have You Heard From Johannesburg has been produced so that organizers in today’s social justice and environmental movements can learn from and be inspired by the story of the U.S. movement to divest from companies doing business with Apartheid South Africa.